Hey guys, about time to write something again.
A couple of days ago, I picked up a free lawnmower and got it home to do some work before selling it again. It was given away as non-starting, but it had been run a couple of weeks ago. I did some very basic testing like spark, air filter, etc. Nothing bad, except the fuel smelled funny, almost like diesel. The previous owner said she had run it dry, and then filled it up and couldn’t get it to start again. I’m going to empty the tank, open the carb and clean it out and hope that sorts it. It fired for a second or two, using start spray directly in the carb.

Doing those small tests, brought be an idea; I’m going to start a new series of videos on my YouTube channel. Pickup 2 Profit, sounded like a great name so that’s what I’m going with. Here’s a link to my first video in the series. This first item, I’m doing in multi part videos, however I think I’m going to make 1-video “shows” that are a bit longer in the future.

Hey guys and gals, long time no read.
I’m still going to the dentist (yes, it’s taking forever!), and I’ve been having other issues leading to me not writing or making anything.

What I have been doing, is a boatload of thinking and planning. A while back I bought the domain http://www.defiance.no, without any real plan for it. I have decided to use that site as where I post articles, images and videos of my projects. I’ll be using this site (geirandersen.com) as my personal site and blog. 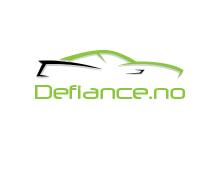 There’s nothing there as of right now, but I hope to get started on some old write-up’s shortly.

I decided to make a “new version” of the zippered pouch, simply because I felt I could do better. My camera setup isn’t 100% ready so I couldn’t record my latest attempt.

This is the finished pouch this time, and I do feel like this is heaps better than the first one. I went above and beyond on this one (spending far more time and effort than needed for a test). END_OF_DOCUMENT_TOKEN_TO_BE_REPLACED

Why throw away old clothes and fabrics? We’ve all got clothes, curtains and the likes we’re no longer using. Why throw all that away? One can of course give it away to charity, but think about it; In stead of giving- / throwing away, why not take the individual pieces “apart” and use for another project? This is of course only applicable if you’re into crafting, sewing, tailoring, etc. If you are, take a look in your closet and assess your wardrobe!

You get the idea; There are so much more things, if we only start looking through with new eyes! END_OF_DOCUMENT_TOKEN_TO_BE_REPLACED

My sewing experience is fairly limited, but I do learn rather fast. I have never attempted to sew anything “big” and certainly nothing with a zipper. However, as I bought that new sewing machine a couple of weeks ago, I felt it was time to test it on something decent.  END_OF_DOCUMENT_TOKEN_TO_BE_REPLACED

Just a quick post today as it has been a very busy day…
Here’s the video I shot today. Please excuse the poor lighting,
small space, and bad camera work! 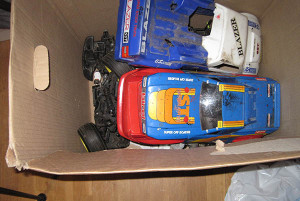 I got a very good deal today, at least I think I did.
I responded to an ad on a site called Finn.no )it’s sort of like CraigsList. A guy was selling three parts cars, all nitro fueled, two with servos. I have no experience with nitro, at all. I’m guessing I’ll sell some parts (engine(s), wheels, etc. 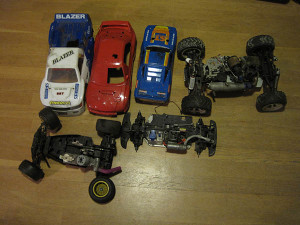 Thank you for tuning in, be sure to check out my feeds:
@GeirAndersen on twitter
geirandersen.tumblr.com
My YouTube channel 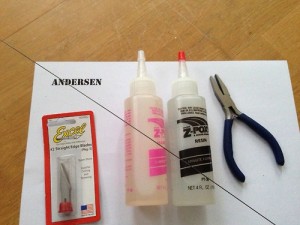 I’ve gotten a lot done today on the car. Had to stop by the hobby store, which I hadn’t been to for years.. It still amazes me how just looking around for a good hour can seem like only a few minutes, but shopping for just a few minutes can seem like hours…

I finally found the type of epoxy I’ve been looking all over for. And at a reasonable (at least over here) price. END_OF_DOCUMENT_TOKEN_TO_BE_REPLACED

I’ve had this cheap-o toy RC car for some time, but it’s really boring and slow. It’s one of those mass produced things, that comes with it’s own “transmitter”. END_OF_DOCUMENT_TOKEN_TO_BE_REPLACED